Present and patient mama (thanks to weed)

When I became a mother, I never thought that meant I would have to stop smoking weed. Still, there were people in my life, who assumed women abandon every unsavory bit of their womanhood, like being sexy and smoking weed, for motherhood. Well, I wasn’t having that and at the time my twenty-something self couldn’t quite articulate why I enjoyed cannabis so much. Now, as a mom of two kids and the founder of a platform focused on normalizing moms who smoke weed I can ramble off dozens upon dozens of reasons why moms, like myself, need weed.

I started the Blunt Blowin’ Mama podcast because I wanted to be represented — a black mom who smokes weed — in the cannabis industry. At the time, nothing like Blunt Blowin’ Mama existed and it was almost like BIWOC didn’t smoke weed — let the media portrayals at the time tell it. So, in December 2017, I created BBM’s Instagram page and the platform has since expanded to include a podcast, fashionable merchandise, events and a website.

As a journalist, I knew that Blunt Blowin’ Mama’s mission was about much more than just telling my own story — it’s about highlighting Black and brown women who never get the things they deserve. In that simple mission, to normalize moms who smoke weed and amplify BIWOC voices, I have created a really cool community of like-minded folks who believe in the power of cannabis. On the podcast, I have shared the stories of regular moms from around the country who just want to let folks know that moms who smoke weed are not bad moms.

These women all medicate with the plant for different reasons but they all share one thing in common: They say cannabis makes them a better and more present parent.

This is something I can attest to as well. There’s a common saying about parenthood that goes: the days are long, but the years are short. Well, I want to add: Cannabis helps. I do not want to be the parent who is always shouting at her kid over spilled milk, broken things and messy rooms.

I want to be the parent who plays with her kids, watches movies with them, let’s them eat cinnamon rolls for lunch (because mama has the munchies), and is open to playing race cars because I medicated with cannabis.

After a long day of parenting each night I make it a point to treat myself to a smoke sesh to unwind and check in with myself. I have learned it’s so important to not lose touch with myself as a mom and I’m so grateful for those quiet moments of meditation I allow for myself during those smoke seshes. Oh and my cannabis consumption doesn't just include smoking flower, I drink it, eat it, bathe in it and rub it all over my body. Cannabis is part of my total wellness and I wouldn’t be the mama I am today without it. 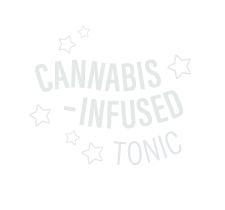 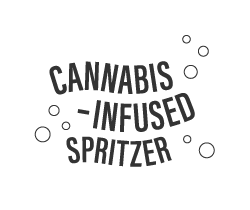